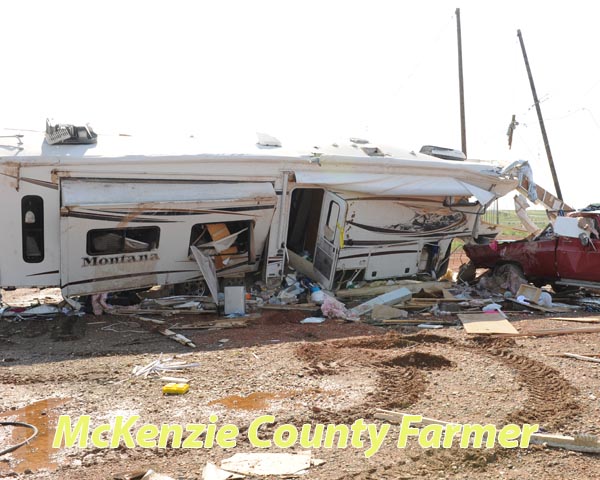 After an EF2 tornado packing 127 mph winds along with heavy rain and hail tore through the Prairie View RV Park on July 10, 2018, that destroyed nearly 100 trailers and sent dozens more tumbling like tumbleweeds and resulted in 25 injuries and the death of an infant, Karolin Jappe, McKenzie County Emergency manager, began calling for better radar coverage for McKenzie County and Watford City.
That July 10 tornado, according to the National Weather Service (NWS), came from the ground up and was not detected by weather radar. Part of the blame in the weather service’s inability to detect that storm is that Watford City and much of western North Dakota has no radar coverage below 10,000 feet because of the distance from the Minot and Bismarck weather radars.
But two big improvements will soon give better radar coverage as North Dakota Sen. John Hoeven (R) recently announced that the NWS has completed its adjustment of the radar system in Minot to expand low-level coverage in western North Dakota and improve severe weather and tornado warnings in the region.
But according to Jappe, the biggest improvement will come when the new Williston Airport opens this October.