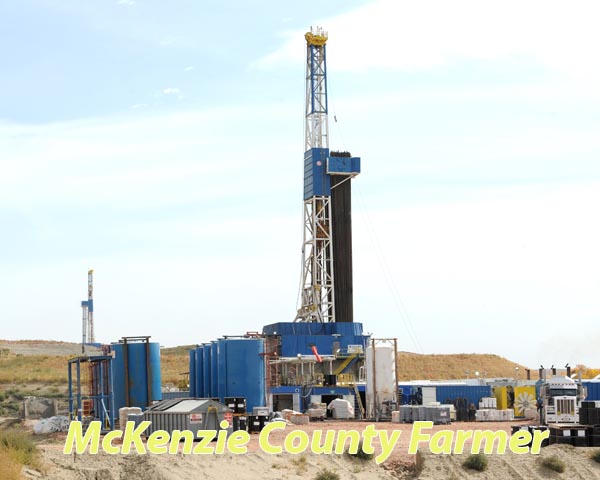 The fact that North Dakota set new all-time records for oil and natural gas production in July, as well as saw a new record in the number of producing wells wasn’t lost on North Dakota’s top oil and natural gas producers last week as they gathered in Watford City for the North Dakota Petroleum Council’s (NDPC) annual meeting.
“Building the Bakken, big records and big ideas,” stated Ron Ness, NDPC president, as he opened the three-day conference at the Rough Rider Center on Tuesday, Sept. 17. “I think that’s incumbent on all of us in the industry and state leaders across North Dakota. This has been put upon us and now it’s our obligation to do it right and to do it to the best of our ability.”
During the month of July, North Dakota produced 1,442,459 barrels of oil and 91,384,638 mcf of natural gas from its 15, 943 producing wells.
“We, as Americans, understand the true value of what it means to be in America’s largest oil producing county in America - McKenzie County,” stated Ness. “And what that meant to America in the last four or five days following the drone incidents in Saudia Arabia.”
A decade and a half ago, according to Ness, America received 56 percent of its oil from OPEC countries. Today, the Bakken is delivering over a half a million barrels of oil per day to our refineries in the Gulf and in Texas.