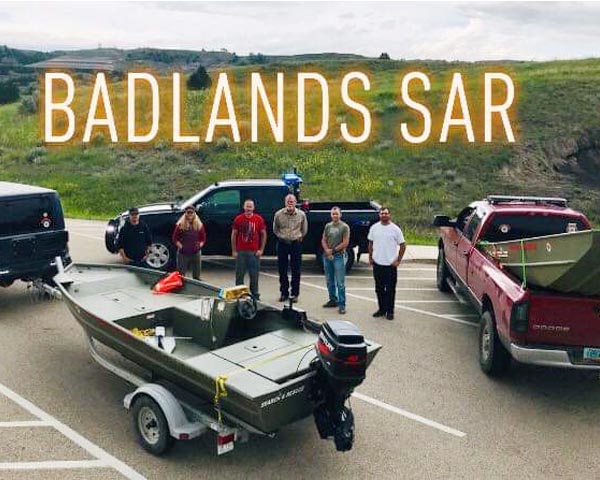 The idea to have a search and rescue team is finally being put into action. Travis Bateman recently joined forces with some other members of the community and has begun working diligently to get the ball rolling for Badlands Search and Rescue (SAR).
But in order to become official, they have to first go through the sheriff’s department, which has not been done yet.
“There would have to be meetings with the sheriff’s office to discuss what all they’re proposing and then it would have to go to the county commissioners, I believe,” says Sheriff Matt Johansen.
Johansen says no verbal establishment has been made on behalf of Bateman or the sheriff’s department on regarding the SAR initiative.
“McKenzie County has no search and rescue teams,” says Bateman. “They’re all centered around waterways and dive teams.”
And while Johansen does say there are no formal search and rescue teams within the sheriff’s department, standard protocol to initiate one is required.
“There is not a formal search and rescue,” states Johansen.
And when it comes to the possibility of one, Johansen is open to considering the idea.
“Anything is possible,” says Johansen. “I think it would be good to have different people on a search and rescue team.”
Johansen goes on to say that it shouldn’t be exclusive, by only allowing certain people to be on it. But he’s open to discussion of getting the ball rolling for it.
“Get a hold of us and set up some meetings to discuss their organization and what they have to offer and what they’re proposing,” says Johansen.
Johansen says even then, it will still have to be viewed by the state’s attorney to really become official.
“I think a search and rescue group would be beneficial for the county,” states Johansen. “Whether or not it’s a third party or not, I don’t know if that would be beneficial.”