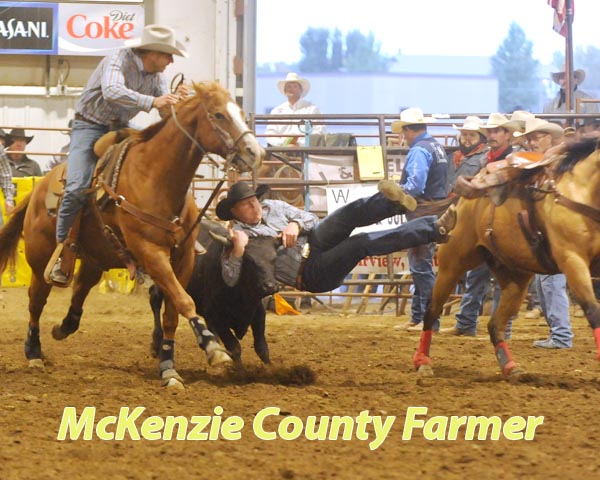 When it comes to McKenzie County, one thing the area isn’t shy of producing is rodeo champions.
While the number of local contestants has trickled down from 10 in 2018 to just five this year, the ones still standing remain stronger and more ready than ever as they are ready to compete in the NDRA Finals Rodeo at the McKenzie County Fairgrounds on Sept. 27 and 28.
“This year has been crazy. We’ve been fighting the elements of all the rain and moisture,” says Eva Hepper, NDRA event coordinator.
Hepper says that while there’s always an obstacle in the sport of rodeo, it’s always an extreme one thanks to the unpredictability of North Dakota’s rainy season.
“A lot of these men and women are farmers and ranchers too, so they don’t ever want to say, ‘I hope it doesn’t rain,’” laughs Hepper.
This year’s Finals Rodeo will feature the top 12 NDRA contestants who qualified for the championship competing in their respective events.
“You have to be present at the finals to compete for the championship and win it,” Hepper says of the small number of local competitors who qualified for this year’s rodeo. “So I think that’s why the number is smaller this year.”
And among those top qualifiers in the North Dakota Rodeo Association will be several McKenzie County cowboys and cowgirls who will be competing in this year’s championship rodeo including Dalton Wright in bull riding, Clay Jorgenson and Cody Brown in bareback riding, Joe Nelson in steer wrestling, and Samantha Jorgenson in ladies breakaway.