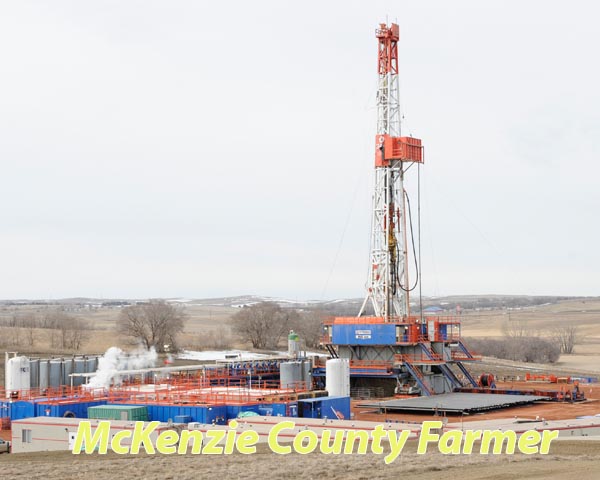 A cold February hurt North Dakota’s oil production as the state’s production dropped by 5,000 barrels per day, according to Lynn Helms, North Dakota Department of Mineral Resources director. During February, the state produced 32,893,519 barrels of oil compared to just over 36.5 million barrels in January.
But during his monthly Director’s Cut on Friday, April 13, Helms stated that North Dakota had set a new record, 2,102,266 mcf per day of natural gas.
During February, McKenzie County’s 3,935 producing wells accounted for 40 percent of the state’s oil and just over 51 percent of North Dakota’s natural gas production
“We’re seeing the new wells that are coming online having higher gas to oil ratios,” stated Helms. “And the core area producing more and more gas.”
In spite of the drop in oil production, Helms is confident that the state will set new oil production later this spring or early summer.
“Just wait for it,” was Helms prediction as he stated that he fully expects oil activity to spike as soon as warmer weather arrives.
Helms says that there has been an increase in drilling permits during the past two months and he is anticipating that seven to 10 new drilling rigs will be operating in North Dakota by the end of the year. As of last Friday, the state’s rig count stood at 60 compared to 56  and 57 in January and February.