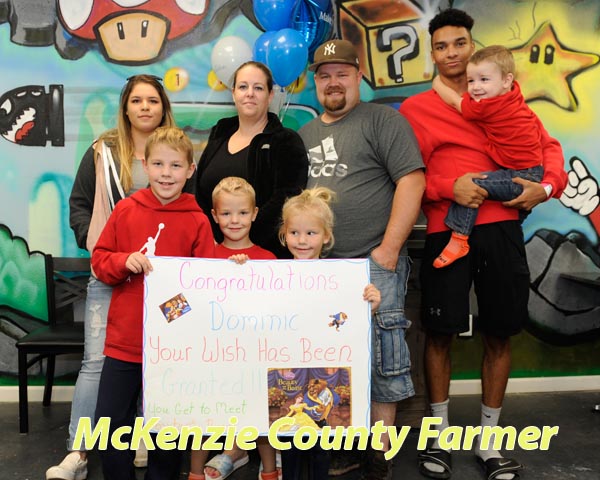 Ever since he was one year old, Dominic Miskin, who was diagnosed with a congenital heart disease in 2016, had dreamed of one day meeting the Beast from the Disney classic movie, Beauty and the Beast.
And on Thursday, Oct. 3, thanks to Make-A-Wish North Dakota, Miskin, who is a first grader at Watford City Elementary School, had his wish granted during a reveal party at the Williston Safari Trampoline Park hosted by Chris Kubal and Carolyn Levang, McKenzie County wish grantors with Make-A-Wish North Dakota.
According to Dominic’s father, Christopher, the soon-to-be seven-year-old started watching Disney movies with his brothers and sisters when he was just one year old.
“Of all the Disney movies we watched, it was Beauty and the Beast that he kept watching over and over,” states Christopher. “He is obsessed with the Beast.”