4-H’er reaps the reward of his hard work 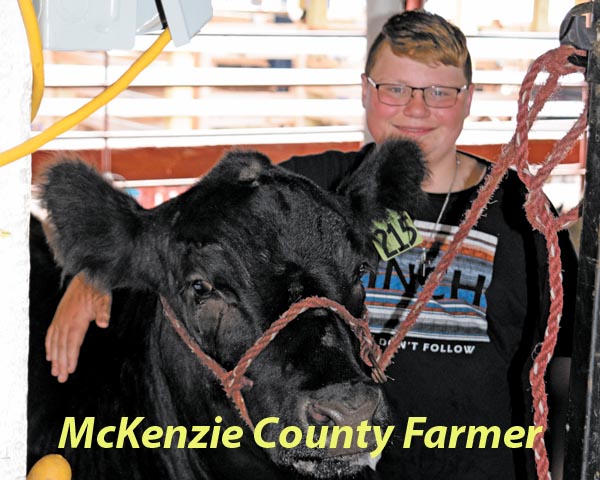 Of the 77 kids showing steers this year, Dylon Cargo, a 14-year-old from Arnegard took home the Grand Champion Showmanship at the McKenzie County Fair. And while he may have made it look easy, that’s probably because he believes that practice makes perfection.
“There’s a lot of hard work behind it practicing at home,” says Laci Cargo, his mother.
Every year when the fair approaches, each day is the same drill when it comes to preparing for the big McKenzie County Fair.
“By the time school is out, he has his steer in the barn, blow drying him every day,” she says.
Cargo has been in McKenzie County 4-H for five years and he has been involved in agricultural happenings throughout the state since he was just 4 years old, his mother says.