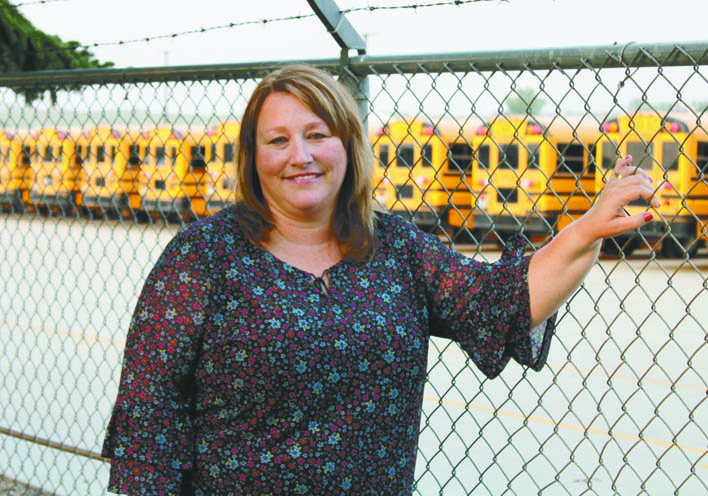 Stacy Segneri, Harlow’s School Bus Service transportation manager in Watford City, was recently recognized by School Bus News magazine for her commitment to provide safe bus transportation for school children.
For Segneri, who has been involved with school bus transportation for 20 years, her start came in a rather unorthodox way.
“My mom had to get a broom off her bus and she said, do you want to see the inside of a bus?” recalls Segneri. “And I said sure.”
Segneri at the time lived in the northern part of Illinois before moving 45 minutes closer to Chicago. It was then that she began to need a second income to help pay for babysitting expenses.
“I was like, there’s no way I can afford to pay for a babysitter and work too,” she says.
That’s when Segneri’s mother suggested the idea of becoming a school bus driver, she says.