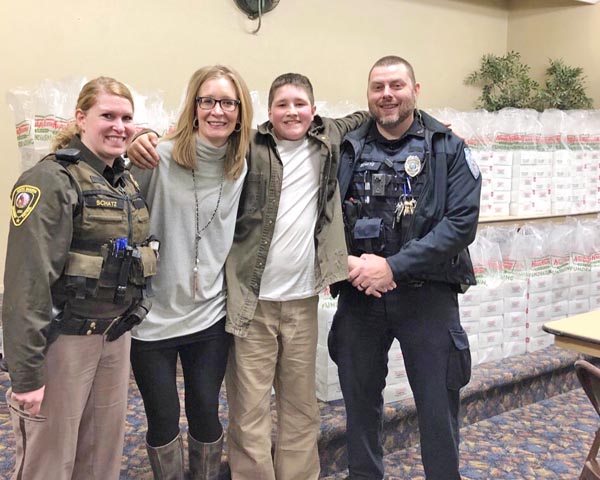 When it comes to the fresh taste of a delectable donut, many will agree that it doesn’t take much to keep you reaching for more. And if there’s anyone that knows what that’s like, it’s Johnson Corners Christian Academy (JCCA) who raised $13,000 after selling out of 1,500 dozen donuts in the matter of one day, on Feb. 24.
“In the past, we’ve always had families sell them. So we would just order the amount needed and then deliver to those that ordered,” says Jodee Lawlar, parent-teacher fellowship (PTF) president at JCCA. “But this year, we didn’t do that.”
After JCCA staff members suggested to Lawlar that they wanted to try something different for this year’s fundraiser, she says she wasn’t sure how it would turn out. But she was willing to roll the dice.
“They wanted to try not pre-selling and having families volunteer on the day of the event,” says Lawlar. “So that’s what they did.”
According to Lawlar, each year, a volunteer drives to Billings, Mont., to pick up the fresh made donuts to bring back to Watford City to sell for their fundraiser.
“The minute that they got back to Watford City is when we started to set up and sell,” says Lawlar.