Age no longer a barrier for Alexander graduate 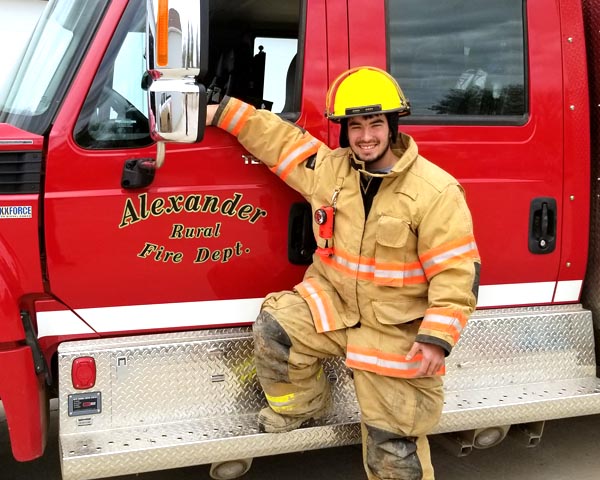 “I hope that there is not a fire in Alexander,” said graduating Alexander High School senior Dylan Schooley. “But if I’m honest, I kind of do hope that there is a fire. I’m itching to go on a call.”
After much anticipation, Schooley’s 18th birthday finally arrived last week. That birthday means that when his pager rings, he can be first in line to fight a fire. It looks like Schooley will walk straight from graduation on to an Alexander fire truck.
About a year ago, McKenzie County Emergency Manager Karolin Jappe, noticed something in Schooley and spoke up with an idea.
“You should join the volunteer fire department Dylan,” Jappe said. “We need honest, hard working people like you.”
Schooley was initially confused. Wasn’t he too young?
The answer was no, and yes.
To ride in the fire truck and become an official department firefighter, there is an 18-year-old age requirement. Schooley was old enough, however, to attend fire school and take first response training.