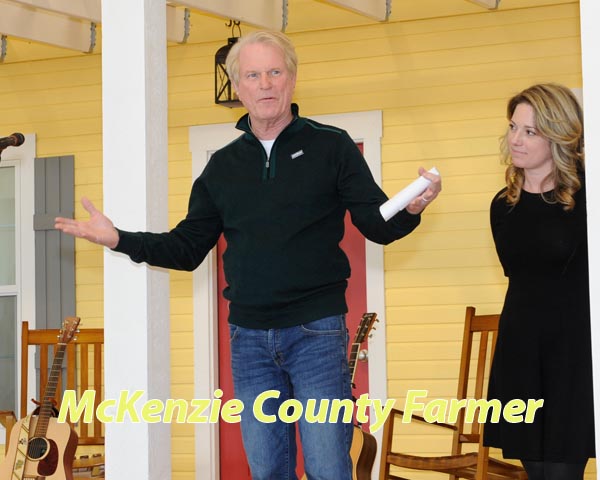 On Oct. 14, nearly 300 enthusiastic North Dakotans came out on a Sunday afternoon to see Founder and CEO Roy Spence bring The Promiseland Project and its message of purpose over politics to the Rough Rider Center in Watford City. The event featured conversations among local students, business owners, and skilled trade training advocates, as well as musical performances from Nashville’s MamaDear and North Dakota’s own Tigirlily, that had attendees dancing in the aisles.
The event took place on an actual front porch that was driven to North Dakota all the way from Texas by the Texas Association of Builders. Once in Watford City, they were met by builders from the North Dakota Association of Builders, where they joined forces to construct America’s Front Porch.
“A front porch is the perfect place for neighbors to walk in each other’s shoes, and get to know one other again,” stated Spence.
The Front Porch conversations, moderated by community leaders Jessie Veeder Scofield and Gene Veeder, touched on the value of entrepreneurship and importance of job skills training to show students and motivated workers that there is a path to career success that doesn’t require a four-year degree.