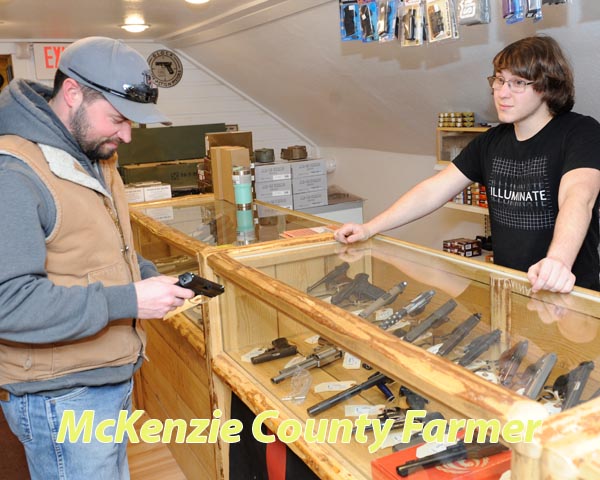 Chances are, you’ve noticed local gun owners aren’t heading to their usual sites of target practice or shooting ventures in McKenzie County like they used to. That’s because many of them have been biting the bullet over the ongoing ammunition shortage that has continued to worsen nationwide.
“It’s becoming harder and harder to find guns and ammunition,” says Kirby Voegele, owner of Big Boy’s Toys in Watford City.
When COVID-19 hit last March, Voegele says an immediate spike could be seen in gun sales, as well as the number of background checks that had to be run to verify that a buyer does not have a criminal record or other issue that disqualifies them from purchasing a firearm.
“You can look at all those numbers nationally and see it spike in March and pretty much continue,” Voegele says.