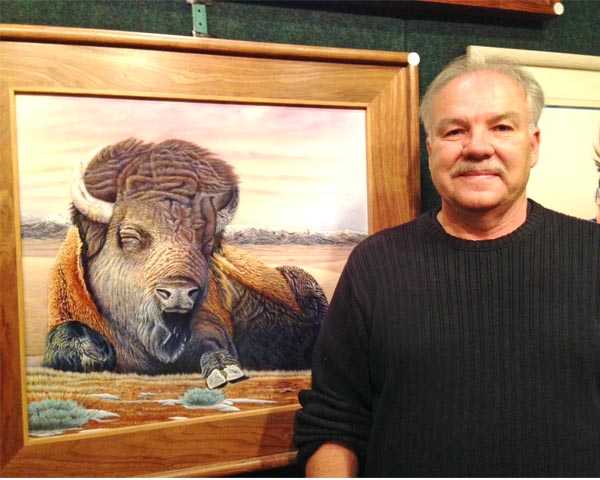 When you look at a painting created by artist Miles Bendixson, it tells a simple tale yet it’s woven with intricate detail. As some pieces take months to complete, others take years as an upcoming art show will unveil his latest painting on Friday, July 10 at 10 a.m. The art show will be held on Friday and Saturday, July 10 and 11, from 10 a.m. to 5 p.m. at the McKenzie County Pioneer Museum in Watford City.
“I was commissioned by a couple in the Watford City area so I’m delivering a product to them. And under the circumstances, I thought other people should be able to see the painting as well,” says Miles Bendixson, a wildlife artist native to Watford City.
As a painting known as the Little Dreamer put Bendixson on the map in the late 1980s, he has developed a reputation for his Native Americanthemed art. And his talent revealed itself early as he used it as a form of entertainment before realizing he held a gift.