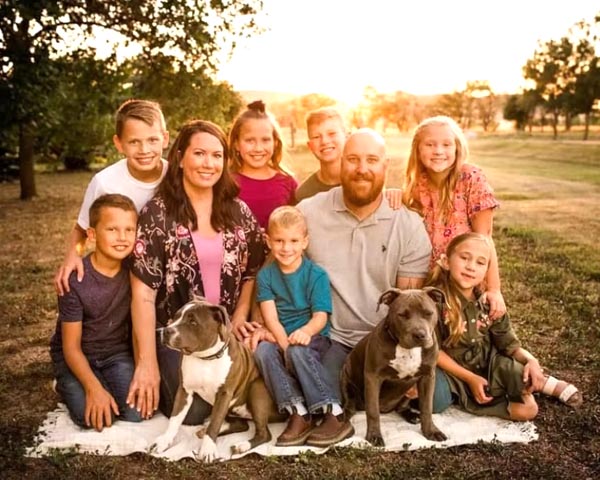 Cory Wodelet was leaving his babysitter’s house in Watford City after dropping his children off when he laid his eyes on Jenny Otten for the first time in 2017.
“It was her bright smile and cold shoulder. She wouldn’t give me the time of day,” laughs Cory, of what drew him to his girlfriend, Jenny.
Cory came to Watford City in 2013 in pursuit of work in the oil field, as did Otten who arrived in 2009. As the pair has come to love Watford City, it didn’t start out that way, they say.
“People were fake in the beginning,” says Cory.
While Cory isn’t fond of his first impression of Watford City, Jenny says she also sensed a similarly cold shoulder.
“It was almost like the locals didn’t want to get too close to you because they didn’t know how long you were staying,” she says.
While Cory is a rig welder and  Jenny works at an occupational testing facility, she says that it would be through a side job she picked up that opened her eyes to a new perception of local residents.
“I clean houses for some of the locals here and they treat us like family and are very welcoming,” she says.
One person who she cleans for stands out in her mind.
“She’s like a second mom to me,” says Jenny. “She’s a good lady. She calls to check in and goes out of her way. She’s very thoughtful.”
As Jenny eventually warmed up to the people of Watford City, naturally  Cory did too.