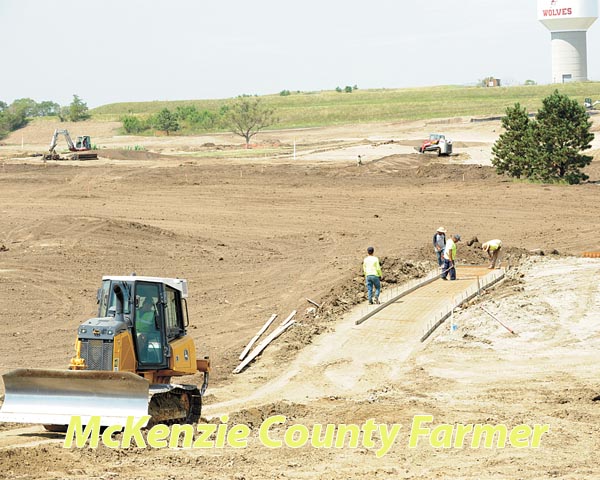 Three weeks after the Watford City City Council approved asking the McKenzie County Job Development Authority for a $1 million interest-free loan to complete the 18-hole expansion project at the Fox Hills Golf Course, the council has decided it will fund the work from its contingency fund account instead.
“If you want to fund the golf course, we can get it done and off our plate,” stated Curt Moen, city administrator, during a special city council meeting on July 23. “But the city also has to consider that we have to build a new road at the new Watford City Elementary School that is estimated to cost $9 million.”
According to Moen, the city has $2 million available in its contingency fund account and that it could use $1 million in its Gross Production Tax receipts to complete the golf course.