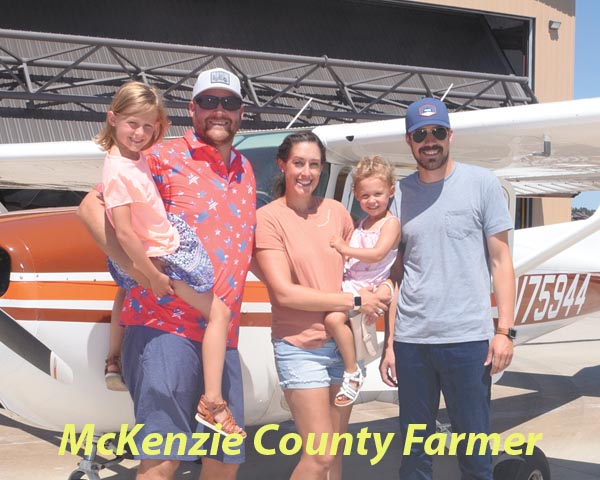 The scene was preppy and the music was too as community members gathered from all around at the Watford City Municipal Airport last weekend for its Grand Opening after undergoing the largest makeover it has ever seen.
“It’s a big deal for the community to have an airport and a runway,” says Luke Taylor, Watford City Municipal Airport manager. “We went from a 4,400-foot to a 6,550-foot runway.”
As the Watford City Municipal Airport was closed for six months during its second and final phase of construction in 2021, it is now finished with a runway, parallel taxiway and all the runway taxi lights needed to sustain a larger grade airport.
“Our old runway was in tough shape and in need of a major rehab to keep the airport open,” he says. “With the new runway, bigger and heavier airplanes are able to land.”
Whether it’s for medical purposes, crop dusting, pilot training or flying in personnel from oil and gas companies, Taylor says the airport serves a multitude of purposes.