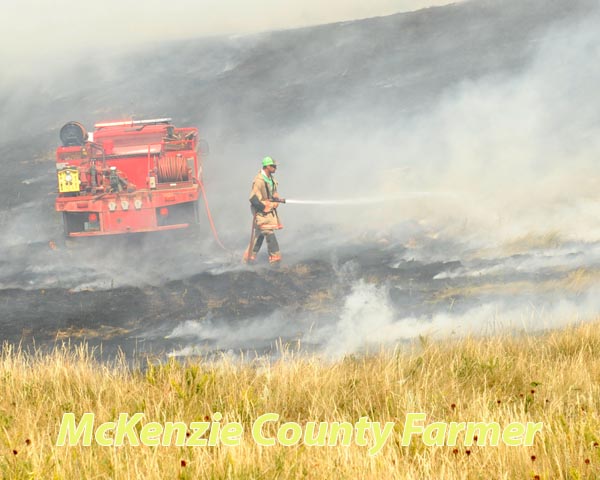 The McKenzie County Board of County Commissioners on Tuesday, Oct. 6, issued an updated fire emergency and burn ban that is banning all burning in the county due to extreme drought conditions.
“I’ve been getting quite a few phone calls from people around the county about the fire danger,” stated Karolin Jappe, McKenzie County Emergency manager. “One day the drought level is extreme, the next it is moderate. I don’t know how that happens, but with the high winds we’re under Red Flag warnings.”
All of the fire chiefs in the county, according to Jappe, would back the burn ban.
“All I’m asking is that we prohibit open burning of any kind without using the fire index until the end of October,” stated Jappe.