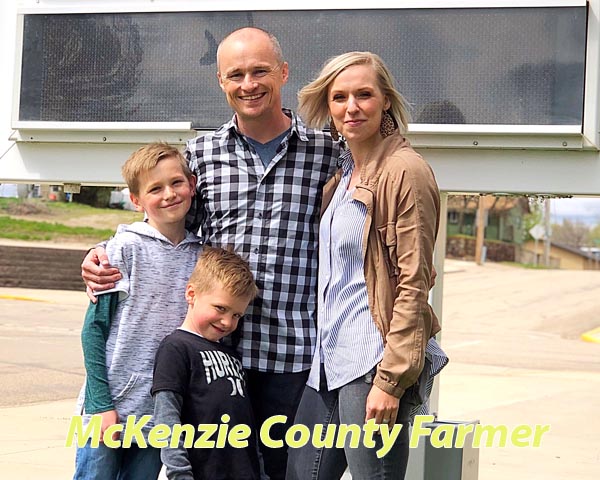 While Pastor Shaun Breiland recently got settled in to his new home of Watford City, he’s not much of a stranger to the area. The 35-year-old pastor and family man was born and raised in Williston, N.D.
While Breiland now walks firmly with God, it hasn’t always been such smooth sailing for the pastor as he encountered some hardships along the way.
After serving as a pastor in Spearfish, S.D. for three years, Breiland received word in April of an opportunity for an opening at Cross-Point Church in Watford City.
“I got to talking with Wes Smith, our district superintendent for the Wesleyan Church and he presented me the opportunity to potentially come up here,” says Breiland. “I felt like it was time to move on and everything seemed right.”
As a child, Breiland spent time bouncing back and forth between his mother and father after they divorced when he was 7 years old.
Young Breiland developed a love for hockey and mountain biking that he continued pursuing as his creative outlet through the years.
After graduating high school, Breiland enrolled in college at Northwest Tech in Moorhead, Minn., in 2003.
While Breiland’s friends headed off for college, he was secretly still yearning for direction even though the right boxes for a bright future appeared to be checked off.