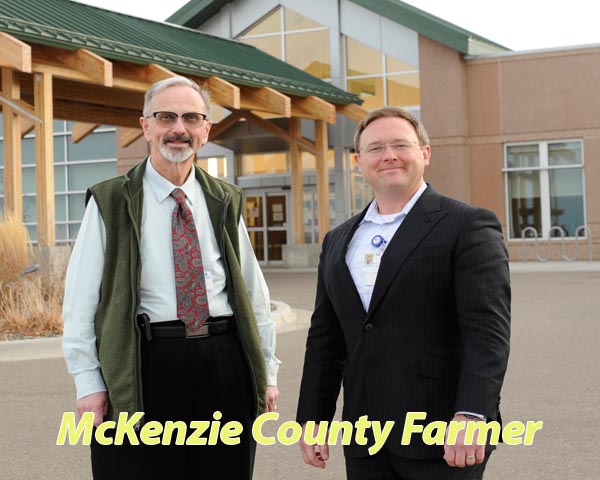 After a national one-year search for a new chief executive officer, the McKenzie County Healthcare Systems, Inc. board of trustees has chosen Michael Curtis to lead the healthcare facility.
Curtis, who has been the facility’s chief operating officer for the past seven years, was an obvious candidate to succeed Dan Kelly says Patsy Levang, board chairperson.
“We had a lot of applications for the position,” states Levang. “We narrowed the field of candidates to three before finally selecting Mike.”
According to Levang, Curtis’ institutional knowledge of the healthcare system and its staff were a major consideration by the board in offering the position to Curtis.
Curtis, who joined the McKenzie County Healthcare Systems, Inc. as its chief operating officer in January of 2014, after working in rural healthcare systems in Texas, Kansas and Iowa, says that he has seen a lot of changes both in the community and in the healthcare system.
“When I arrived it was at the peak of the oil boom and we were operating in our old facility,” states Curtis. “The biggest challenge back then was managing the volume of patients that were using our emergency department, as well as our lack of medical providers. With the predominately male population that was living here then, it reminded me of living on a military base. It was hard to get through the day when I first arrived.”