Faulkner honored as one of state’s Legendary nurses 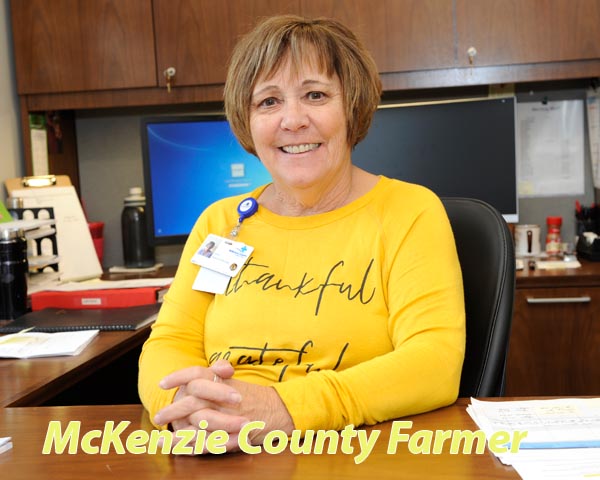 Cheryl Faulkner, McKenzie County Healthcare Systems, Inc. (MCHS) Director of Nursing, has been awarded one of the highest awards given to a North Dakota nurse.
Faulkner, who has been a registered nurse with MCHS for over three decades has been named the recipient of the Nurse Executive Leadership Award as part of the North Dakota Center for Nursing Legendary Nurse awards program. The Legendary Nurse Awards began in 2015 as a way to honor exemplary nurses across the state.
After Lisa Iverson, McKenzie County Healthcare Systems, Inc., received word of the award program from the Center for Rural Health, she says that only one person came to her mind.
“When I read about the opportunity to nominate someone, I immediately thought of Cheryl,” says Iverson.
Iverson, who has worked with Faulkner for the last 11 years,  says Faulkner has always done everything humanly possible at the hospital.