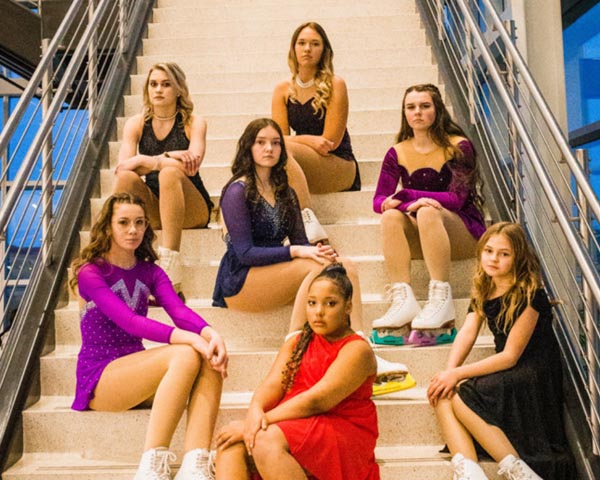 If you’re looking for some entertainment that’s going to be hard to beat this weekend, look no further than the Watford City Figure Skating Club as it presents ‘A Walk to Remember’ at the Rough Rider Center in Watford City on Friday, March 26 at 7 p.m. and Sunday, March 28 at 4 p.m.
“This show is always a high point for all of the skaters,” says Zane Frick, Watford City Figure Skating Club advanced coach.
After last year’s ice show was cancelled due to COVID-19, Frick says he’s excited for the figure skaters to have an opportunity to show off the skating skills that they have learned over the last couple of years.
“In typical years, the skaters would do out-of-town events, competitions or test sessions. But last year, we had a few of them and then things started to get shut down, so we cancelled the show,” says Frick.
After having so many events cancelled within the past year, Frick says the figure skaters haven’t had many opportunities to show off their skills, until now.
“We’re looking forward to being able to perform for the community again,” Frick says.