George served in Liberia, Kuwait, and Iraq with Marines 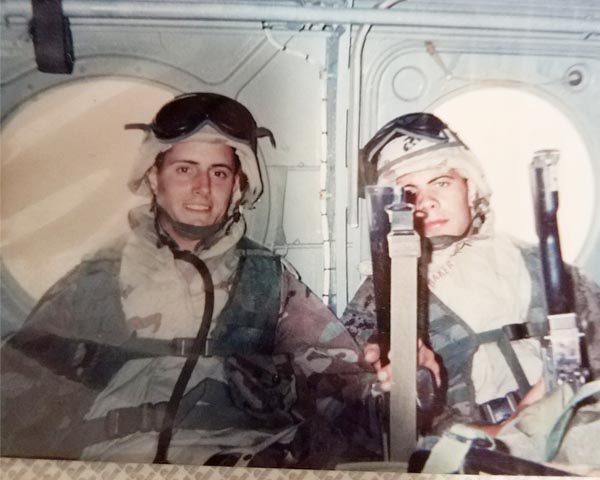 While Doug George was honorably discharged from the United States Marine Corps on July 23, 2005, he can still hear the annihilating roar of machine guns letting loose on thousands of bone-rattling rounds per minute while serving in Liberia, Kuwait, and Iraq.
When George and his good buddy, Brad Bush, neared the end of high school, both boys decided the military was their calling. Only thing was - their hearts were in different branches.
“The Marines is what he always wanted to do. He had the demeanor for it,” says Bush. “He wanted to do what people were doing in the commercials - the real deal stuff.”
As the two boys graduated from high school, what they didn’t realize when they went their separate ways is that they would soon come into contact again several years later. But not in the way they expected.
“I was stationed in Italy at the time and heard it was Doug George that flatlined. He had malaria and needed to be evacuated,” Bush says.