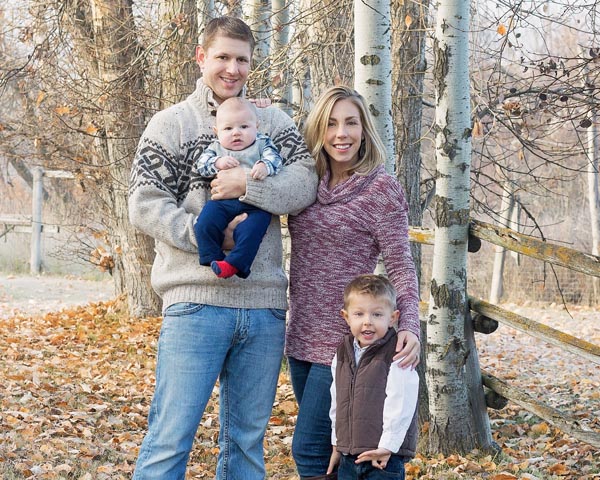 The first time around, Watford City was a temporary stop for Savanna and Chance Freeman.
With a passion for his career in welding and frustration with the lack of work in Montana, Chance decided to look for a job in the Bakken. The couple thought it would be short term, an opportunity for the family to meet a few financial goals and then get back to Montana.
Savanna and Chance are both originally from the Missoula, Mont. area. Chance grew up just outside the city spending most of his time as a youth outdoors. His family runs outfitting trips, taking groups camping and hunting in the Montana wilderness. They own 20 horses and lease a substantial amount of land. Savanna grew up in the city and most of her family and friends are still in the Missoula area.
When Chance took his job as a welder with Nuverra in May of 2014, the Freemans did what many families in the area have done. Chance moved to North Dakota to work and Savanna and their young son stayed in Montana. Very quickly the couple could see that this arrangement was not going to work.
“It was so hard to be by myself with our toddler,” says Savanna. “I was lonely and stressed. Chance was lonely and stressed. We were missing him every day, every  minute, and Chance was missing moments of our son’s childhood that we would never get back.”
So, in November of 2014, Savanna moved to the Bakken.
“The first time I moved to Watford City, I did it dragging my feet and had a very short-term mindset,” explains Savanna. “We wanted to make some money and be out of here. I had a bad attitude. I isolated myself. I was negative and unhappy.”