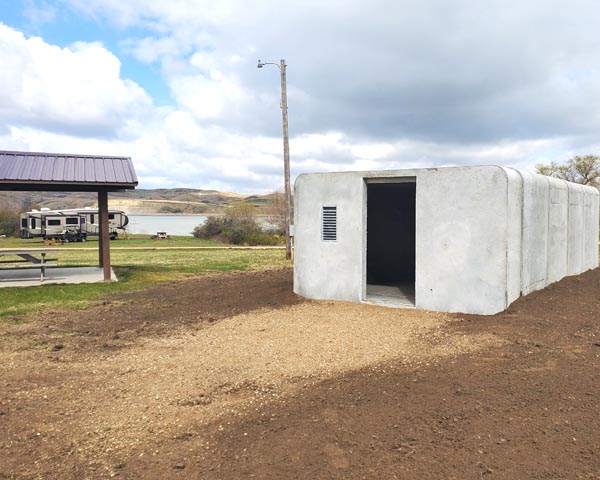 Legend has it that it’s better to be safe than sorry and Karolin Jappe, McKenzie County emergency manager, is a strong advocate of making sure that is exactly the case for McKenzie County residents.
After an EF2 tornado struck an RV park on the south side of Watford City in the summer of 2018, Jappe knew that having tornado shelters in key locations around the county was critical to the public’s safety.
“It was about a year and a half ago that I applied for the grant,” says Jappe. “I talked to Peg Hellandsaas, owner of Tobacco Gardens Resort & Marina, about putting a couple of tornado shelters out there and she loved the idea.”
And last week, thanks to the grant two tornado shelters were erected at the popular recreation area.
According to Jappe, whenever a disaster strikes, states get more disaster money and she decided to go after some of that funding.
“You have to apply for grants in order to qualify to receive the disaster money,” says Jappe. “And you never want to ask for too much because you’re competing nationally.”