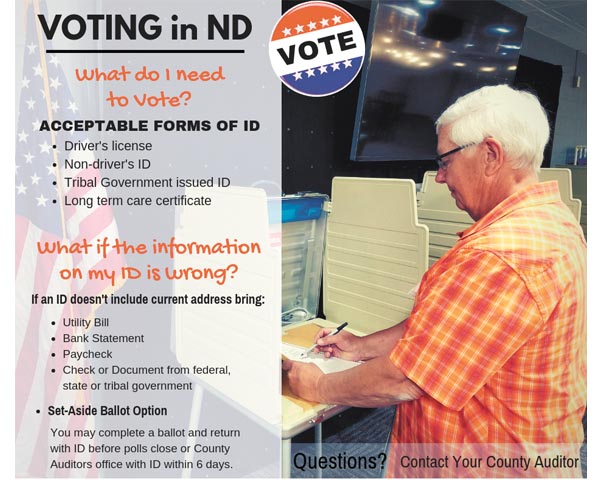 If the number of McKenzie County residents who have already cast their ballots for the Nov. 6 General Election, Erica Johnsrud, McKenzie County auditor/treasurer, thinks the county could see a record voter turnout in this election.
Johnsrud sees the three contested county races, as well as the battle for the U.S. Senate and a statewide measure that would legalize the recreational use of marijuana as being the reasons for the increased voter turnout.
Perhaps the race that has dominated the attention of county residents the longest is the race for McKenzie County Sheriff where incumbent Gary Schwartzenberger is being challenged by Matt Johansen.
The sheriff’s office has been embroiled in controversy since Schwartzenberger took office in January of 2015 when the county commissioners began calling for his removal.
The sheriff’s controversy carried over to the race for the two seats up for election on the McKenzie County Board of County Commissioners with six candidates appearing on the June 12 Primary Election ballot.
Incumbents Kathy Skarda and Vawnita Best, along with challengers Howdy Lawlar and John Rolfsrud will advance to Tuesday’s election.