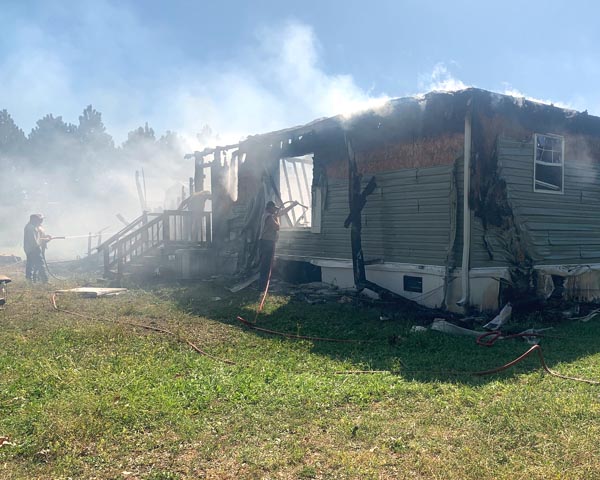 On the afternoon of Aug. 28, it was another usual day of going through the motions for Margret Wolfe, a mother of five, when the Grassy Butte resident was hit with the news she least expected.
“When the fire department called me, one part of the roof had already collapsed,” says Wolfe.
Unbeknownst to Wolfe, her home had become engulfed by flames midday as she was en route to another destination.
“By the time I got there, there was nothing,” says Wolfe. “It was so crazy.”
Like many families, when Wolfe and her husband, Josh, initially planted themselves in Watford City, they had a strong vision as they chose to pursue the American Dream.
So in early 2019, the world became their oyster as they finally landed in a good spot.
“They had finally gotten credit worthy enough to get into a home,” says Karen George, a Watford City realtor who helped the couple find the home.