Is the need for essential worker housing ending? 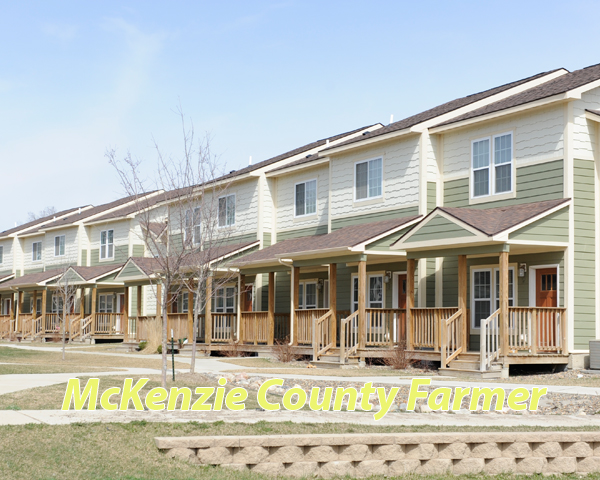 When the rush to develop the Bakken and Three Forks oil formations exploded six years ago in western North Dakota, thousands of workers showed up on Watford City’s doorsteps looking for a place to live while they worked in oilfield jobs.
With no housing or apartments available, mancamps and other assorted workforce housing sprang up to fill the need. But it wasn’t just the oil industry that couldn’t find adequate housing for their employees. The McKenzie County Public School District No. 1 couldn’t recruit new teachers nor could Watford City and McKenzie County fill openings in city or county government offices due to the lack of affordable housing.
The only solution that the school system, the city and the county had was to build their own housing for “essential workers.”
And having affordable housing for their employees worked as Wolf Run Village I and II were constructed and soon filled with teachers, law enforcement officers and other city and county employees who could not afford the $2,000 per month rents that were being charged by apartment owners.
But the days of the apartment shortages in Watford City soon went away as more and more apartment buildings were constructed and new single family homes were built.
Today the 62 units that are in the two essential worker apartment complexes owned by Wolf Run Village LLC, a 501c3 comprised of the city, county and school, are only half full.
“We have become victims of our own success,” states Curt Moen, city administrator. “Two years ago, our apartments were packed full. Today, we’re about half full.”
According to Moen, the idea of providing housing for essential city, county and school employees was to give them a chance to get settled into the community and ultimately move into larger apartments or a home.