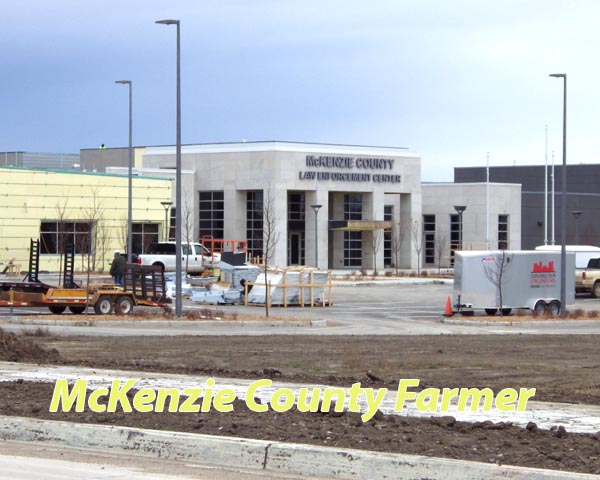 Watford City and McKenzie County officials have signed a joint powers agreement for the McKenzie County Law Enforcement Center.
McKenzie County Commissioners unanimously approved to accept and sign the final draft of the agreement presented to them by Assistant State’s Attorney Charles Neff Jr. at their Nov. 1 meeting.
City officials have also approved of the agreement, city auditor Peni Peterson said, doing so at the Watford City City Council’s Nov. 7 meeting.
The multi-agency, 129-bed LEC  project broke ground in June 2015 to the tune of $57.2 million.
“Our local and state law enforcement agencies know how important it is to work together so that North Dakota remains one of the safest states in the nation,” Lt. Gov. Drew Wrigley said at the time.