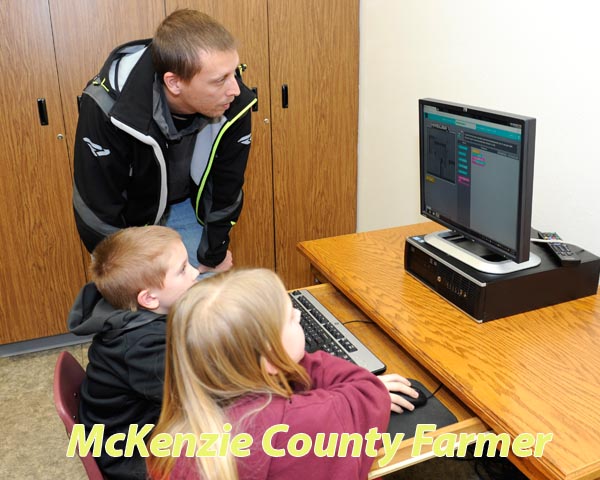 Last Monday, the McKenzie County Public Library attempted to demystify computer coding for area elementary students. They did this by participating in what Kathy Trana, Library Director for the McKenzie County Public Library, called an Hour of Code.
“I know a little bit about coding, but not enough to be able to teach kids,” states Trana. “That is why it was so great that we were able to use this tool.”
Hour of Code is actually a worldwide event. Participating locations are able to choose several different computer tutorials that provide an introduction to computer coding for children grades one through five.
“Of the choices that were offered, we decided to go with Minecraft, because it was something the children were already familiar with and doing,” states Trana.