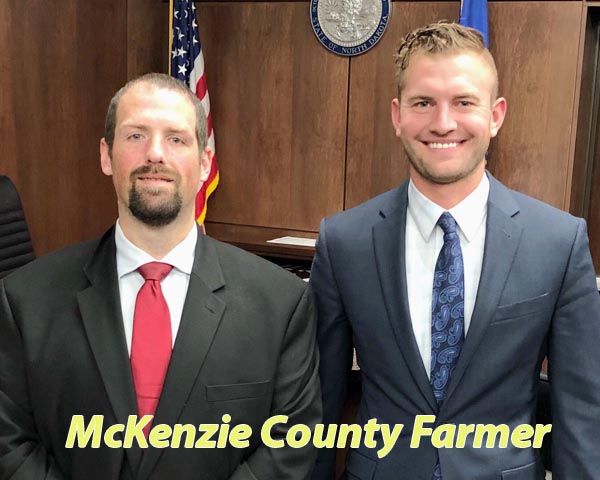 In the upcoming November general election, Ty Skarda is running unopposed for the McKenzie County State’s Attorney office. But thanks to the current county state’s attorney, Skarda recently stepped in to the position of Chief Assistant State’s Attorney in preparation for the transition.
Charles Neff, current state’s attorney, said that bringing Skarda on board is an effort to make Skarda’s job easier once he assumes his new duties in January.
“We brought Ty in to his current position to provide him with the knowledge he will need at the end of the year,” said Neff. “There is a steep learning curve.”
Neff himself felt overwhelmed when he filled the state’s attorney office after his predecessor, Jake Rodenbiker, left his position mid-term to move to Fargo as an Assistant U.S. Attorney. Neff had been working as an assistant state’s attorney and was appointed by the McKenzie County Board of County Commissioners to the state’s attorney position in January of 2017.