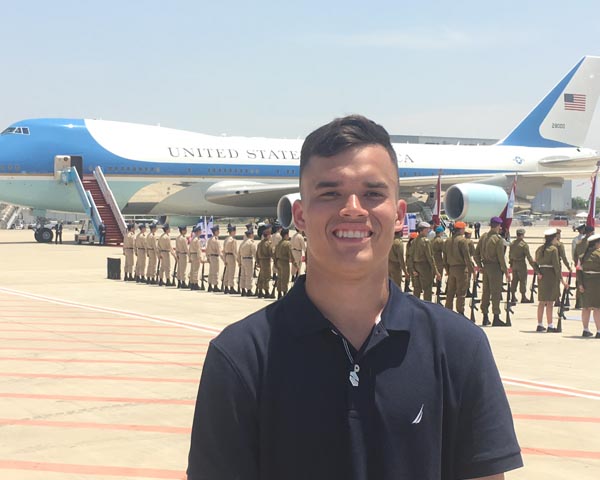 On his first foreign tour as President of the United States, President Trump arrived in Israel on May 22.
Planning for this trip began weeks before the president left the United States. To bulk up security for the president’s arrival, military personnel were pulled from many surrounding military bases to travel to Israel for the short assignment. One of those military personnel was Airman First Class Brandon Stoker, stationed in Germany.
Stoker graduated from Watford City High School in 2013. His parents, Lance and Alicia Madsen, still reside in Watford City and are volunteer EMTs among other things in the community.
As a high school student Stoker was always the life of the party, ever present with a goofy smile and some kind of scheme to make people laugh. The other students gravitated toward him.
“Since being stationed in Germany, he has travelled to 15 countries,” said his mother. “He has a tradition since joining the Air Force - he sends me a video of him doing a back flip in every country that he visits.”