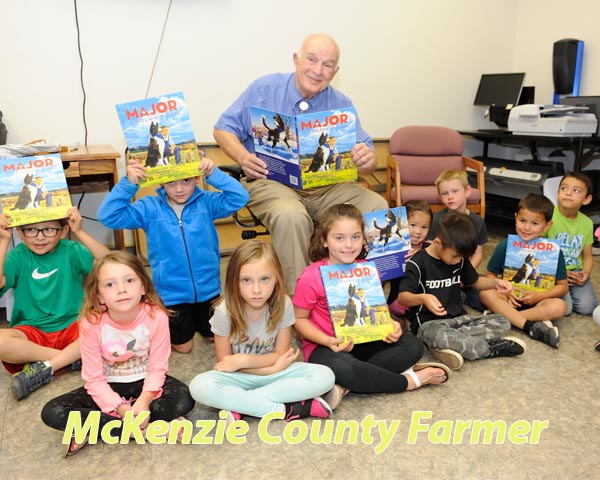 Growing up on his family farm near Wahpeton, N.D., Sid Moore vividly recalls the day that he and his family donated their pet dog, Major, to the U.S. Army in 1943 to become part of the nation’s “Dogs for Defense” program.
“World War II was going on at the time and the military needed dogs to patrol factories, serve as messengers, scout and detect mines,” states 81-year-old Moore. “The program asked people to donate their pets to the cause.”
And the Moore family answered America’s call.
“Major was my pet and my friend,” states Moore, who was only five years old at the time. “To this day every single detail of when we took him to the railroad station to be shipped off is etched in my mind.”
According to Moore, when his family arrived at the train station, Major refused to get in the crate on the box car and actually bit one of the men trying to load him. At his father’s suggestion, Sid climbed into the crate and then called Major to join him.
“He jumped right in and snuggled up to me,” states Moore. “Then the next thing I remember is the shutting of the boxcar door and away he went.”