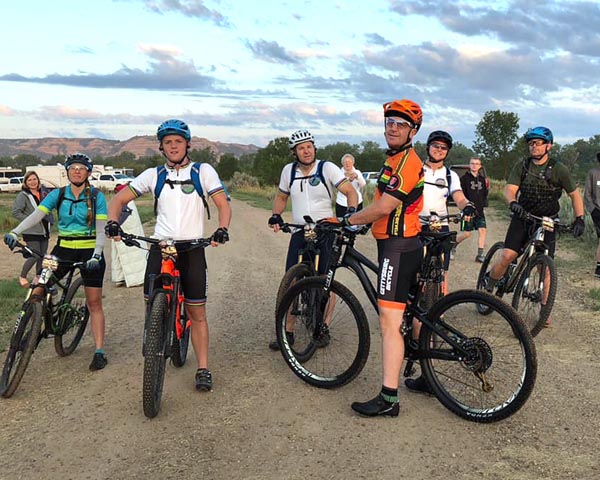 “This is not a hard race. It is the hardest race,” says Harris Melby, an avid cyclist of a third generation family in Watford City that recently participated in the Maah Daah Hey 100 (MDH100) on Aug. 1.
As the Maah Daah Hey Trail, located 12 miles south of Watford City at the CCC Campground, has continued to grow increasingly popular over the years, the competitive race that ends near Medora has drawn cyclists from all over the world. With  more than 13,000 feet of elevation to sustain and 107 miles to peddle through, the MDH100 is a bike race that pushes even the most advanced cyclist to their brink.
“This is one of the hardest races I’ve ever done,” Harris says.
As the Melby brothers travel to Watford City for the MDH100 each year, Christopher, Spencer and Harris Melby put their jobs as a geologist, a heart surgeon and national health program manager on hold for a week to come experience the transforming power of North Dakota’s badlands by competing in the race.
“If you finish this race, it’s just unbelievable because half the people drop out. And only about 20 percent that sign up actually finish,” says Spencer Melby, the oldest brother who flew in from St. Louis with his two sons.
While Harris has participated in the MDH100 ever since its origination in 2012, the elite cyclist says it tops races he’s done all over the world, including Switzerland.
“If I could pick one race to do, this would be the one,” Harris says. “It’s fun and beautiful.”