Man of the land 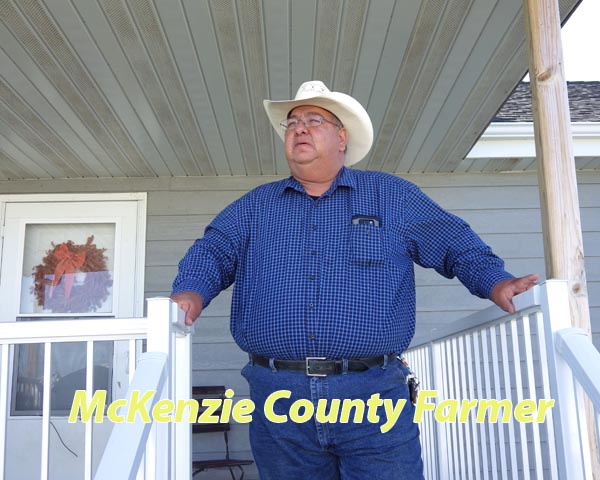 (Editor’s note: This is part three of six in a series profiling community members of McKenzie County’s smaller towns.)

Charlie Moran stands on his porch overlooking the wooded coulees near Hunts Along Bay as the sun falls to the west.
His great-great-grandfather was the namesake for the bay on the manmade lake of the Missouri River, a reservoir that drastically altered the lifestyle of the Mandan, Hidatsa and Arikara people.
“I remember running through the gardens and playing in the earth lodges on the soft soil as a kid,” Moran said. “Every month the water got higher and eventually the gardens were covered. Now I look out at the water and remember those days.”
Living in his rural home near Four Bears Village, Moran is a man of many hats for the Fort Berthold Reservation. He has Mandan, Hidatsa and Turtle Mountain Band of Chippewa heritage.
The role that keeps him busiest is that of powwow announcer and speaker. One of only two on the reservation, Moran has gained notoriety for his public speaking skills and has announced for powwows all over the United States and Canada.