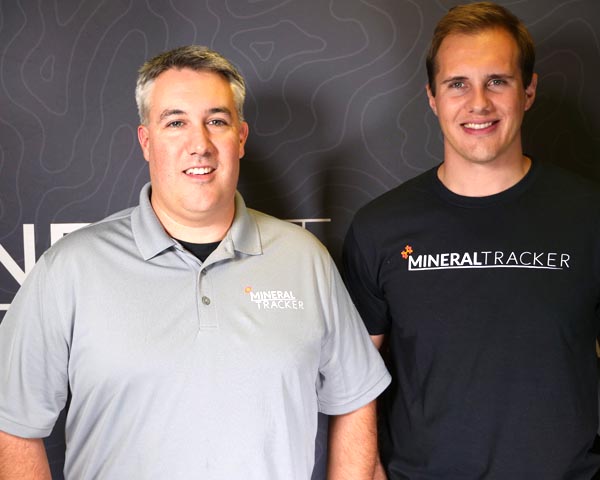 When Jeff Kummer and Joel Brown opened McKenzie Minerals Management in Watford City in March of 2017 to help people who had oil and natural gas mineral ownership in the Williston Basin, little did they dream that one day they would soon be launching cutting-edge technology that would revolutionize the way mineral owners would be able to track their ownership royalties and audit monthly checks from oil companies.
In the past, according to Kummer, mineral owners would receive a monthly check along with pages of information detailing how much oil and gas was produced and sold from each well that they had ownership in, as well as how much was deducted for transportation and other charges.
But the question that every mineral owner had, according to Kummer, was, ‘is this information right and were they receiving the correct amount of royalties?’
While helping his mother manage their family’s minerals, Kummer, a Watford City High School graduate who went on to obtain a petroleum  engineering degree from the Colorado School of Mines, says that a light bulb went off.
“If it’s this hard for me as a petroleum engineer to understand these revenue statements and predict future income, what are the other thousands of mineral owners doing?” said Kummer, who before opening McKenzie Minerals Management had worked for several oil companies before eventually becoming president of MBI Energy Services.