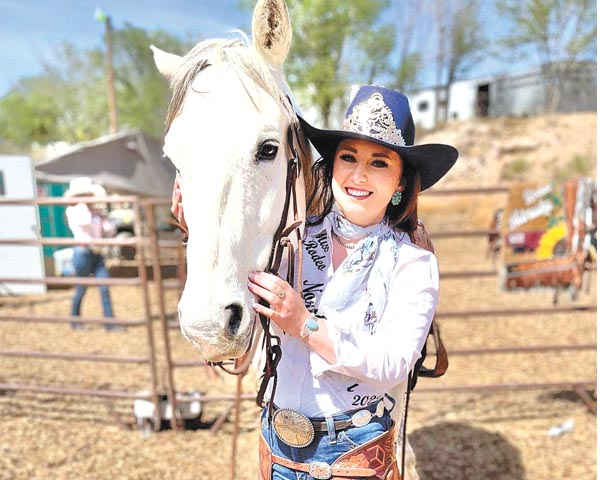 When it comes to competing in beauty pageants, history has shown that good looks will put you in the race, but brains will carry you through. Elise Burwell, who grew up in the southeast corner of North Dakota in a little town called Cayuga, could serve as a good testament to that.
Competing since the age of four, the 26-year-old recently fulfilled a childhood dream when she competed in the Miss Rodeo America Pageant held in Las Vegas and placed in the top 10.
The Miss Rodeo America Pageant is held in conjunction with the National Finals Rodeo every year. The reigning state queens throughout the United States are judged in categories such as appearance, personality and horsemanship.
“It’s a very heartfelt thing, there is a lot of things you learn to do that you have to adapt to,” says Burwell.
Though she initially perceived being a rodeo queen as a fun opportunity, filled with glitz, glamour, and horse riding, Burwell would learn that it was so much more.