New club helps students learn about each other 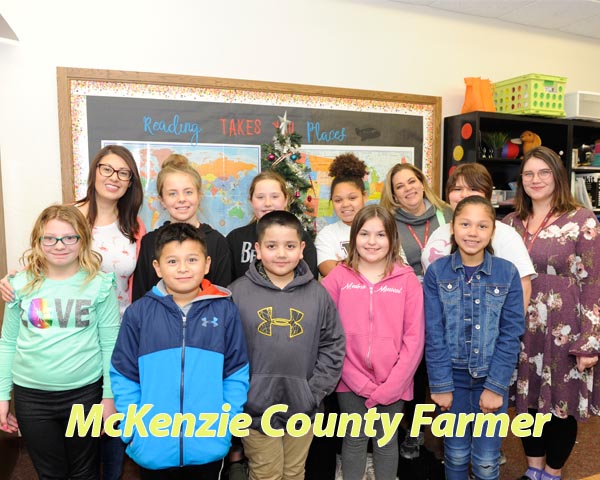 As Watford City has continued to become more and more diverse, it began to catch the attention of Clarissa Hooper, a 5th grade teacher, who began considering the importance of integrating a multicultural club into Watford City Intermediate School to help students become more educated on cultures outside of theirs, and perhaps even understand their own a little better. Which is why she started one last month.
“We’ve never had anything like a multicultural club,” says Hooper. “This is the first club we’ve had at the Watford City Intermediate School.”
But before Hooper get the club off the ground, she would have to get the school board’s okay.
“I spoke to the superintendent about starting the club and had to get some guidelines and the implications for how it would run,” says Hooper.  “And the school board had to approve it.”
It would take Hooper a couple weeks longer than expected to get the club off the ground as she had to get parental permission for the students to participate in the club.
“When I sent out the information to have them sign waivers, there were 12 kids and four or five more that told me they were joining,” says Hooper. “So I anticipated 12 to 15 kids in the club.”
But what Hooper didn’t realize was just how much it would get the students talking as quickly as it did and needless to say, the word spread like wildfire.