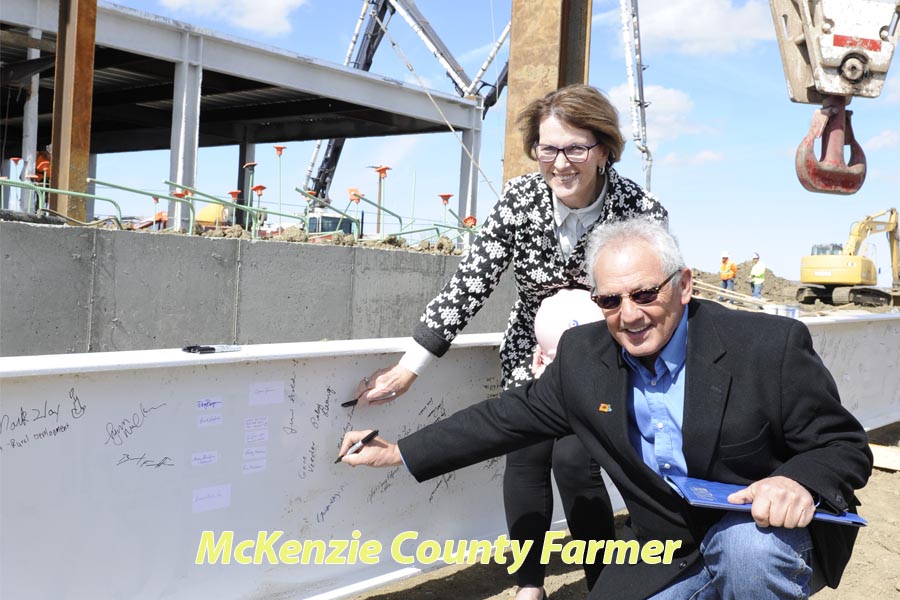 As the McKenzie County Healthcare Systems Inc.’s new medical complex rises out of the ground in Watford City, healthcare officials along with community supporters gathered last Wednesday to celebrate the placing of the final steel beam in the facility.
During a Topping Off Ceremony on Wednesday, March 29, JE Dunn workers used a crane to place the beam, which carried the signatures of the hundreds of area residents, businesses and organizations who donated money to make the $75.4 million project a reality.
“The raising of this beam is another step in bringing state-of-the-art healthcare to the residents of McKenzie County,” stated Dan Kelly, McKenzie County Healthcare Systems, Inc. CEO. “This ceremony is a big deal for us as it marks the halfway point in the construction project.”
The new 120,000-square foot facility will bring the hospital, clinic and nursing home together in one local centralized location on the campus of the existing Good Shepherd Home. The current hospital was constructed in 1952, while the nursing home was built in the 1960s.