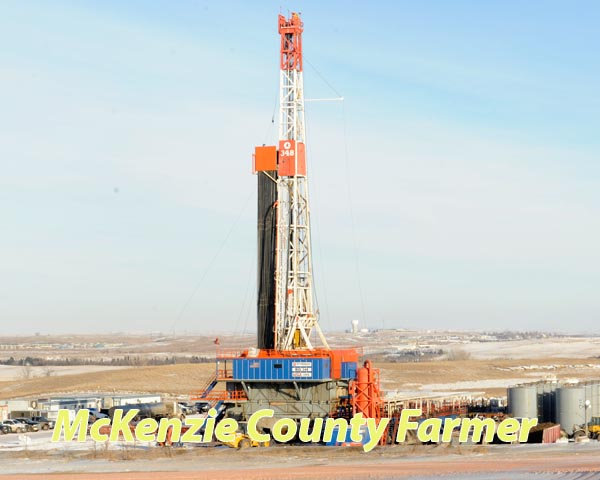 After setting new records just in October, North Dakota’s oil and gas production took a slight dip in November, according to Lynn Helms, North Dakota Mineral Resources director.
“It was steady as she goes,” stated Helms during his monthly Director’s Cut on Friday, Jan. 17. Helms says that the slight drop in oil production was a result of the cold snap in mid-November that impacted well completions.
During November, the state produced 45,462,112 barrels of oil compared to 47,056,008 barrels in October, while natural gas production dipped from 95,344,271 mcf in October to 94,018,171 mcf in November
For McKenzie County, the state’s largest oil and gas producing county, there was a slight dip in oil production in November, while the county saw its natural gas production increase slightly.
According to Helms, as operators move back into the core four-county region of McKenzie, Dunn, Williams and Mountrail, he expects natural gas production to increase because these area’s wells have a high gas-to-oil ratio.