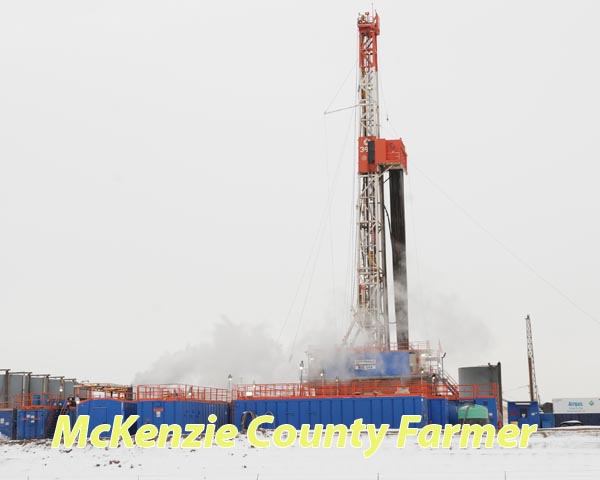 After four straight months of setting new records for oil and natural gas production, North Dakota saw a slight dip in those numbers due to cold temperatures and the first significant snow that arrived in the month of November.
According to Lynn Helms, North Dakota Department of Mineral Resources director, the arrival of winter plus the industry’s concerns about meeting the state’s natural gas capture rates led to the drop.
During the month of November, oil production dropped 1.2 percent to 1.38 million barrels per day, while natural gas production fell 1.5 percent to 2.5 billion cubic feet per day.
“We had 14 days that had below normal temperatures and there was precipitation on most of those days,” stated Helms during his monthly Directors’ Cut on Tuesday, Jan. 15. “But the industry also self-restricted production by about 100,000 barrels per day because of their concerns with not meeting the state’s natural gas capture rate. They could have produced more, but they chose not to.”