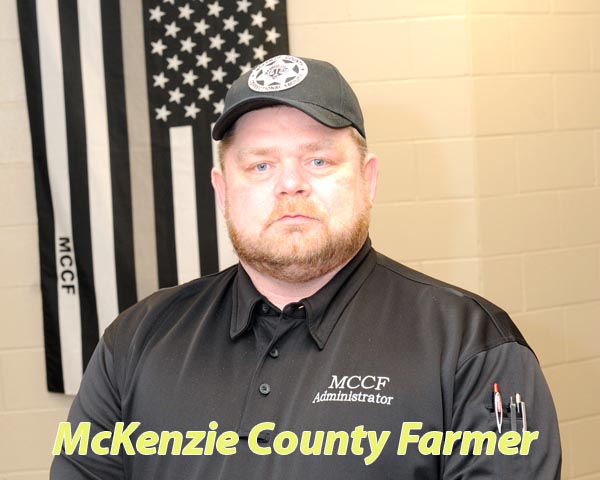 As Travis Olson settles into his new role as administrator of the McKenzie County Correctional Facility, he says his past 2½ years of experience working at the jail, as well as his management and military experience will serve him well.
Olson, a Watford City native and 1989 graduate of Watford City High School, was hired as the new facility administrator following the resignation of Ken Rooks on Dec. 21.
“I come from a management and military background, so this was something I was interested in,” says Olson, “Ken put the facility in a very good place. He worked with me to help me prepare to be where I’m at.”
In preparation for his new position, Olson worked alongside Rooks since last July so that he could be ready for his official day of employment that took place shortly before ringing in the New Year of 2020.
But it wasn’t just Rooks showing Olson the ropes that put him where he is at as he says he worked his way up to the job.