Park offers a walk on the wild side 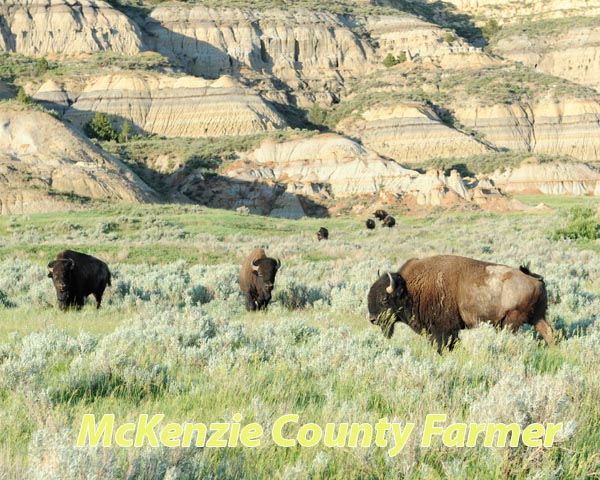 This summer the North Unit of Theodore Roosevelt National Park has plenty in store from wildlife watching to a Teddy Bear Picnic and a Badlands Star Party for those of all ages looking to venture off on the more adventurous side.
“Things have changed quite a bit at the North Unit in the last 10 years that I’ve been here,” says Elleen Andes, Thedore Roosevelt National Park chief of interpretation and public affairs.
Andes says the growth of Watford City has brought more demand for new activities and also more community interest in the North Unit.
Guided ranger trips and evening campfire programs are currently being offered in the park for those interested in explorative hikes and learning more about the park.
“They’re pretty consistent with the programs of the North Unit,” says Andes. “Right now, we’re doing some evening programs.”
The campfire programs, which last 45 minutes, are a series of programs that change on a nightly basis which are offered to inspire and inform people on more of the inhabitants and history of the Theodore Roosevelt National Park. The programs are held in the North Unit’s Juniper Campground Amphitheater.
In addition to its regularly scheduled events, the North Unit is also having some very special events including a Teddy Bear Picnic, a Fourth of July celebration, and the Badlands Sky Party.