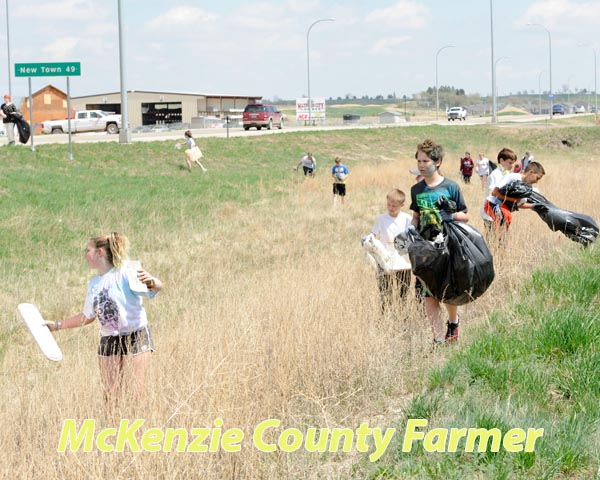 If there is anything that this year’s Pick Up The Patch event shows it is that the need to clean up trash along McKenzie County’s roadways does not go away. But thankfully neither do the people willing to do it.
This year’s event drew participation from roughly 20 local companies, and an estimated 200 volunteers.
“We had a lot of companies involved this year,” states Kylee Roff. “There were more than there were in previous years, which is really encouraging.”
There was also participation from the Watford City Elementary fourth grade class, and the Watford City High School.
“The school groups did a great job picking up trash,” states Roff. “The fourth graders did the lot behind Cash Wise, and the high schoolers picked up trash around the high school, the Rough Rider Center, and the walking path.”