Plans in the works for new daycare in Watford 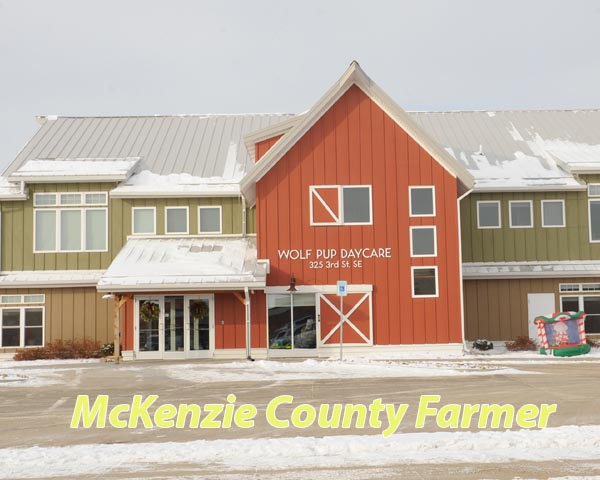 As more and more families with children continue to move into Watford City, the need for another daycare has carried right along with it. And after much discussion between city and county officials, it appears that there will be another daycare built and ready by next year.
“The new daycare is scheduled to be ready by 2021,” says Curt Moen, Watford City city administrator.
The building of a second large daycare to address the growing number of young children in the community began last year as McKenzie County county commissioners met with city officials and other prominent members of the community.
At the time of those discussions, the Wolf Pup Daycare facility, which opened in 2014 and had a capacity of 200 children, was operating at full capacity with over 300 children enrolled and had a long waiting list of parents seeking daycare slots.
“Based on the waiting list for childcare services, the need for the second daycare was realized in 2017,” says Moen.
For Tessa Moberg, Wolf Pup Daycare director, she’s also seen the need for more daycare.
“We’ve had a paid waiting list for two years and there’s people on it all the time,” says Moberg. “Everyone you see now has an infant carrier or is pregnant.”