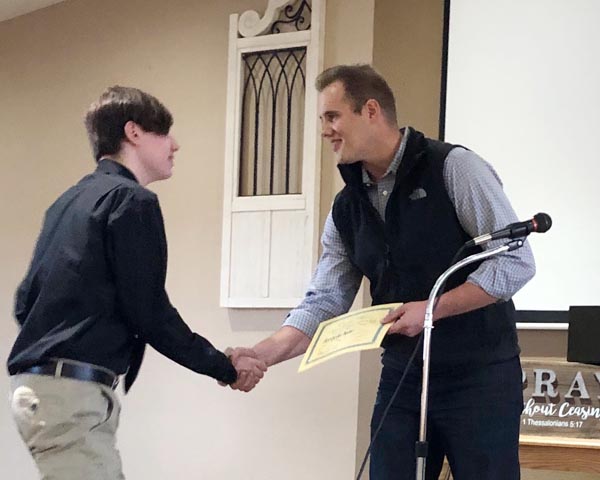 “When he saw it, he was like, I have to do this,” says Madilyn Cristina Auwen, mother of Alecxander (Alec) Auwen, who participated in the McKenzie County Right to Life Pro-Life Speech Contest on Oct. 17.
As Alec recently learned of the first-ever, upcoming speech contest, Auwen says it reignited her son’s  spark after he found a speech topic that resonated pretty strongly with him regarding stem cell research.
“I remember he came up to me, this was long before the speech and he said to me - mom, do you know what they do with these babies?” recalls Auwen.
When Alec was diagnosed with a rare form of cancer called Essential Thrombocythemia (ET), in the summer of 2018, he and his mother began exploring the ins and outs of treatment options. As Alec conducted research on his own, one thing became certain to the 14-year-old and that was he was 100 percent not okay with the origination or process of stem cell research.