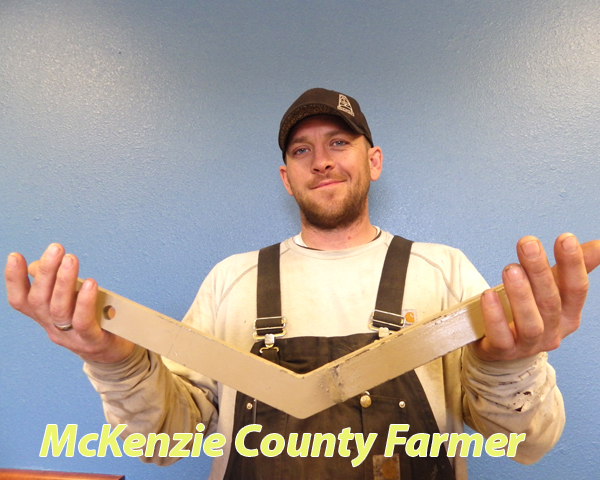 After years in the oilfield, Pat Young had an idea for a solution to a nagging concern.
Working one day to position a pumpjack’s weights in the down position, the unit’s brakes just weren’t cooperating, so Young climbed 12 feet up to the unit’s gear box.
“It just seemed so silly,” he said. “You’re up there with a hammer, leaning over the side of this thing, trying to smack it in place.”
After some months’ thought, he took down some angles and measurements in an on-site sketch and branded his solution: the Pat-Loc safety system, an attachment to securely set a pumpjack’s pawl, locking the unit.
His first prototype from last fall was an immediate success, he said, and he was able to attend a DAWA Solutions show in Williston with his device last October.
Word has already traveled to Houston of his invention, Young said, and some companies have already approached him.
“We’re getting some great feedback,” said Young, a supervisor with Greg’s Welding. “It’s not about the fame. Statistics show that one person dies every single year from this weight coming around and hitting you.”