Ranchers are praying for rain 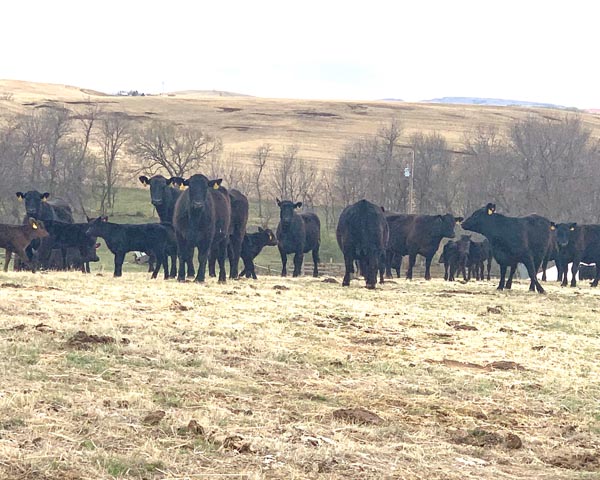 If McKenzie County ranchers thought last year’s drought was bad, this year they are struggling to decide where they are going to get feed for their cattle this year. Or if they are even going to be able to hold on to their herds.
For Travis Gudmunsen, a local rancher and farmer, he says it’s not a matter of if, but when, he’ll have to begin selling off some of his cattle to offset the loss of extra costs to sustain his ranch and farmland.
“I will not be surprised at all if we end up having to reduce our herd,” says Gudmunsen. “I don’t see us getting into the predicament where we’ll have to sell this year. But come 2022, it could end up where we’re going to have to sell because we don’t have enough hay crop.”
Gudmunsen, who raises 240 head of cattle with his father on the family’s farmstead of 200 acres, 15 miles southwest of Watford City, says the Horse Pasture fire that erupted on the National Grasslands last month was a real kick in the teeth.
“I understand that fire is a natural thing. But that Horse Pasture fire directly affected us because that is the pasture that we graze in,” he says.