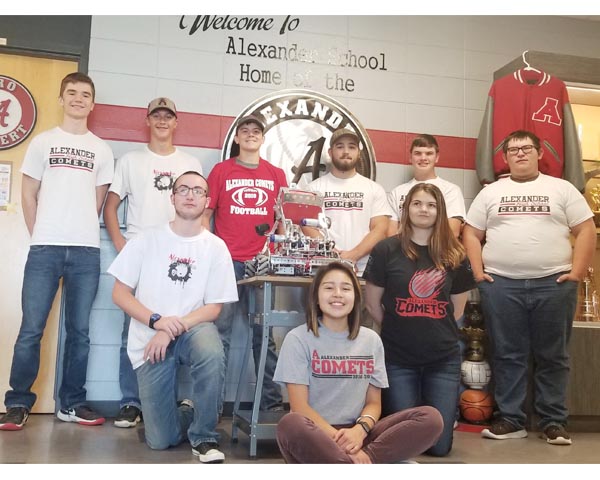 After recently taking home the first place Inspire Award at the First Tech Challenge (FTC) State Competition in Bismarck on Feb. 1, the Alexander robotics team is now gearing up for the First World Championship Tournament in Detroit, Mich., in late April.
“It’s the highest award you can win at the state level,” says Cathy White, Alexander Public School FTC Robotics coach. “We were able to qualify for multiple awards and that gave us the Inspire Award.”
In order to qualify for such a prestigious award, the team had to exhibit more awards in different categories than any other of the 34 competing teams that came from North Dakota, South Dakota, Minnesota, and Canada.
The Alexander team was established in 2015 and has competed in the annual nationwide First Tech Challenge every year since, White says.
“I had three students on the team and it’s grown every year since,” says White. “And we’ve come home with at least one trophy every year since.”