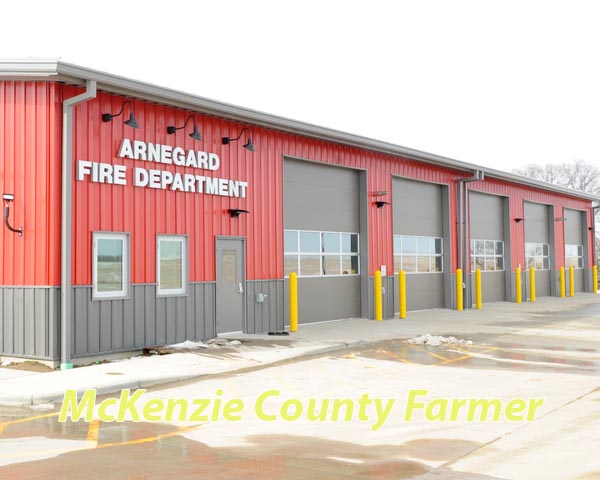 After two years of collaborative efforts and planning, the Arnegard fire hall is finally complete.
“This is a big deal,” says Rick Schreiber, Arnegard fire chief. “With the exception of the new ambulance, it’s been a long time since we’ve built a fire station in this county and that’s big news for us!”
Last month, the finishing touches were added to complete the $1.4 million facility. It was money well spent according to Schreiber, who foresees the building to stand strong for at least the next 50 years.
“With the takeoff of oil in 2013, everyone was like - what now?” states Schreiber. “We went to the county commissioners with how to address things, and eventually the oil impact grants were taken away, so it’s been a struggle.”