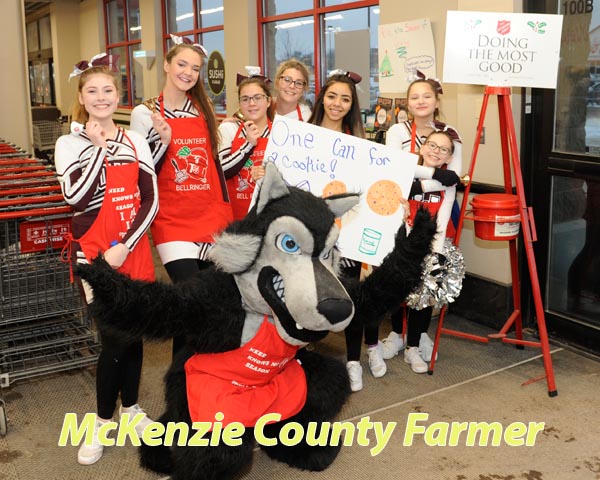 The time has officially begun where hearing the echoing sound of The Salvation Army’s Red Kettle Campaign bell chiming away almost becomes second nature to your ears. While it’s been around for as long as anyone can remember, it’s stood the test of time as it remains just as important as it was when it began over 150 years ago.
“The schedule for the ringing campaign has started and there will be people ringing bells at the Cash Wise grocery in town,” says Pastor Mark Honstein.
Unfortunately, the funds accumulated through the Red Kettle Campaign have began to stagnate over the last couple of years as organizers such as Honstein have struggled to find the necessary number of volunteers willing to step up and ring bells.
“A lot of people might have the money, but that’s not what is necessarily the most needed,” says Honstein.
It’s the time that many people don’t have, which tends to trump their generous donation, Honstein says.
“By having a bell ringer present at the kettle versus not, we’re able to generate five times the amount of donations,” says Honstein.